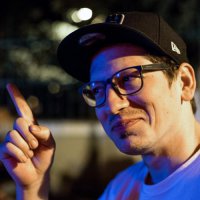 While Ry’s interest in music and photography began in the United States, his knowledge and skills have developed in the heart of Prague. After being exposed to the Drum and Bass scene in early 2011 by SHADOWBOX DJs 2K and SWEG, he quickly started on his goal of capturing a genuine representation of the feelings, atmosphere, and energy experienced in the Czech music scene. Ry has since begun creating in-depth content under his media project moniker “RXYZ” which focuses on engaging fans on both a local and international level. In addition to over 150 photo reports documenting nightlife in the city, Ry has enlarged his interests to creating articles, interviews, and other social media content for www.shadowbox.cz as well as for venues like Roxy and Cross Club. For more information and original content from the RXYZ Media project, visit Ry’s website at www.rxyzmedia.com.